In response to recent COVID-19 concerns, we are writing to assure our clients that we are taking recommended precautions. We are still maintaining our regular business hours.

Would you like to switch to the accessible version of this site?

Don't need the accessible version of this site? 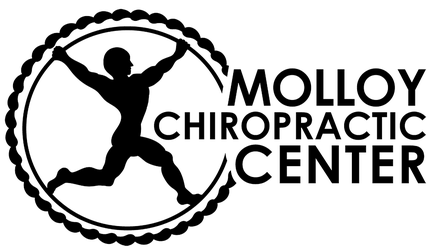 Lumbar discs are subjected to a lot of stress on a day to day basis.  Add to that, individuals typically do not hydrate enough and it is no wonder that the disc will eventually degenerate (dessicate) and this can lead to bulges or herniations. This condition has become more prevalent in the past 20 years.

Some clinicians say its increase is from a sedentary lifestyle or improper lifting techniques, while others think it is just found more often since the advent of MRI's. There are patients that will have a severe herniated disc and absolutely no real symptoms and others that have severe symptoms and minimal findings on an MRI.

Disc issues can start as just a dull nagging throbbing pain in the lower back in the mornings that progressively becomes more frequent or an acute onset from an injury.  The most common injury is a combination of bending at the waist while lifting and trunk rotation. (Think of standing sideways and bringing a turkey out of an oven.)  Torque is usually a factor (golfing, tennis,or yoga).   Slip and falls are also another common mechanism of injury.

Symptoms vary from just having lower back pain, to tingling in the leg(s), to severe leg(s) pain (sciatica) or a profound weakness in the leg(s).  In severe instances a complete loss of the ability to urinate or defecate (cauda equina syndrome) will develop and this is a Hospital emergency requiring immediate surgery.

There are several courses of action that can be taken for bulging and heniated discs (HNP).  HNP as it is more commonly called in the medical community stands for a Herniated Nucleus Pulposus.

So lets look briefly into the anatomy of a disc.  Discs are made up of two basic components. Concentric rings of ligamentous material called the annulus fibrosus and a gel-like center called the nucleus. These discs act as shock absorbers and as spacers to allow the bilateral nerve roots to exit from the spinal column to their eventual destinations.

A bulge rarely requires surgery and a herniated disc does not always require surgery. Every case is different. My philosophy is to start with conservative care first. If that does not prove beneficial, then a progression of steps is needed which may or may not lead to surgery.

So what would be considered conservative care? After a comprehensive exam including spinal x-rays a course of treatment is set up.  The basic biomechanics of the lower back and pelvis must be evaluated. If there are spinal segments that are misaligned (subluxations) then this must be addressed by way of chiropractic manipulation. Adjunct therapy would also include different PT modalities including ultrasound (to reduce inflammation of the nerve), Flexion - Distraction to help draw back the tethered nucleus, acupuncture for pain relief, electric muscle stimulation if there are spasms, and attended exercises to establish a strong core and promote flexibility.

A course of over the counter NSAIDS can be taken concurrently to reduce pain and inflammation.

The next level of care would be a RX medicine, typically oral steroids such as Prednisone, 800 mg Ibuprofen, or a Medrol dose pack.  Keep in mind that this is to reduce inflammation of the nerve NOT reduce the size of the disc herniation (this is a mechanical issue, NOT a physiologic one).  These can also be taken in addition to the previously mentioned conservative care.

The next level of care is typically an epidural performed with or without a fluoroscope. This  is not usaully performed unless an MRI has been performed to document the area and extent of disc injury. This procedure as with the RX steroids does NOT reduce the disc herniation.  Also of note, the FDA considers this procedure "off label" and has never formerly approved it.  There are risks with this which a patient should be informed about, one of which is chronic arachnoiditis.  Arachnoiditis is inflammation of the arachnoid layer of the spinal cord.  It is not common but if is develops there can be life long pain as to date there is no "cure" for it.  As with previous levels of care, this can be done concurrently with chiropractic care and PT.

The final step would be spinal surgery.  There are several techniques from minimally invasive to dramatic.  They include laser treatment for dissolving the herniated material, removal of facets (joints) or cutting windows in the vertebra for access to remove the herniation with an approach from the back, another approach is from the front, use of metal cages, use of plates and screws, to name a few.  Every surgeon has a different approach. Keep in mind that as with any surgery there are no guarantees that the results will be 100% and there are surgical risks that must be considered. One must realize that with surgery there can be consequences of nerve damage, as well as scar tissue formation or bone spur growth as eventual outcomes.

When a patient is in a lot of pain the quick fix is not always the best approach.

Keep in mind that even if surgery has been performed a re-herniation of that disc level or adjacent levels can occur.  Once the disc level has been surgically altered, the adjacent levels are now going to take on the burden of stresses.  Clinically I have seen levels above previously repaired disc become the next 'victim" .

A thorough exam is a must and then a cautious vigilant approach is started with each progression of steps of treatment.

Typically with disc bulges, Chiropractic manipulation, ultrasound, flexion - distraction and exercises will usually suffice. In some instances a "jump start" is needed with NSAIDS and / or a Medrol dose pack.

Herniations are usually going to take longer to respond to care.  As severe as some are (including those with foot drop and a positive heel or toe walk) a positive outcome can be attained most of the time.

Find us on the map

Family Owned and Operated Since 1986, now in our 3rd generation